Electromagnetic fields are also created whenever an electrical appliance is connected to the mains supply, including many in daily use such as refrigerators, hairdryers and computers.

Many electrical appliances don’t just create EM fields – they rely on them to work. Television and radio, mobile and cordless phones, remote control handsets, baby monitors and the communication systems used by emergency services all communicate using Radio Frequency EM fields. So do wireless technologies such as WiFi, which is increasingly used by computer networks, to connect to the internet.

Note: The EMF Explained Series is specifically focused on the radio frequency part of the electromagnetic spectrum for mobile and wireless services. 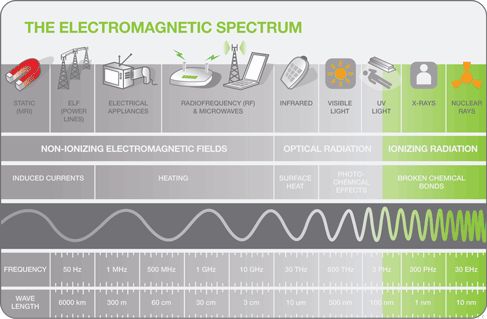